Starbucks in China: New Tea Line Hopes to Sell to the Chinese Customer

Starbucks in China: became a symbol for coffee

In March 1998, Starbucks opened its first shop in Taiwan. In January of the following year, the brand opened another one in Beijing, its first shop in mainland China. Following their rapid development, nowadays Starbucks in China already has become a symbol for coffee.

Starbucks, marketing itself as an “affordable luxury,” gradually infuses the culture of coffee into China. Besides its products, it brings “the third living space,” concept of comfort and relaxation available out of office and home, to Chinese consumers. Starbucks is not only attracting Chinese consumers because of the high quality and nice taste of its coffee, but is also changing people’s lifestyle through the unique “Starbucks experience” and the environment of its brand new café.

Following the speedy development of Starbucks worldwide, Starbucks removed the words “coffee” in their dark green logo in 2011. Moreover, in November 2012, Starbucks bought the tea retailer Teavana for 620 million dollars USD. This transaction officially announced that coffee was no longer the only business option for Starbucks.

At the end of August in 2016, after owning over 500 tea bars in North America, Starbucks finally decided to sell tea in China. They then released two types of new tea drinks, which are Iced Shaken Peach Green Tea and Iced Shaken Pomelo Honey Black Tea / Oolong Tea, on the Chinese market.

China, a well-known country for its tea culture, has always been proud of the tea experience and the “tea spirit.” However, in overseas countries, when people think about Asian tea, they are aware of the tea brands from Japan, Singapore or South Korea, but much less of the tea originated from China. Besides, among consumers of Chinese tea, varies of species are popular while the brands are still unknown. Therefore, there is no powerful brand to represent Chinese tea, and thus the popularity of tea could not be properly developed. Also, the inconsistent quality of Chinese tea available on the market, the complicated tea preparation procedures, the high price of tea and the sophisticated tea sets are pushing the young people away as well. On the opposite, the delicious taste and fancy packaging of Starbucks’ Shaken tea can appear more attractive to young people. All these factors give a significant potential market advantage to Starbucks’ tea in China. 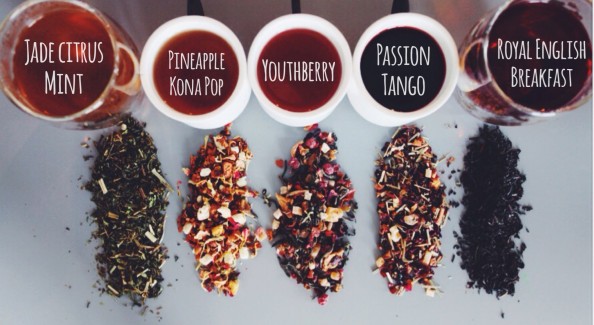 Although the market and the trend may imply that it is quite an opportunity for Starbucks to invest in selling tea in China, there are still barriers to its development, especially regarding tea history and cultural heritage. “Isn’t the Ice Shaken tea just tea with some jam? Teavana…What a brand!” posted a Starbucks’ customer on Weibo after she tried the new tea in Starbucks. Obviously, customers who expect a real cup of tea will not be satisfied with the taste that Starbucks offers. In contrast, the customers who fancy fresh fruit tea said they even get addicted to the new tea drinks. Some of them commented about Starbucks tea: “The fresh chunk of fruit with the tea fragrance just matches perfectly. It shows an interesting direction for Starbucks. The original and non-traditional tastes seem to fit better with the clients’ expectation.

Besides the tastes, some complained about the price of the two drinks. 37 RMB for one Iced Shaken Pomelo Honey Black Tea / Oolong Tea is relatively high compared to the previous product: Iced Shaken fruit tea which only costs 29 RMB. Some Chinese claimed “couldn’t afford it!” on social media. In fact, unless they are truly special or with an addictive taste, customers may buy once for a try, but they might not become repeat customers.

It is obvious that the release of these two tea drinks is just a first step. Starbucks might plan to invest in “tea-bar” in China like in North America. Those drinks are just like pathfinders for Starbucks’ testing strategy, and we are expecting more to come.