The global warming and environmental protection concern everybody. Now Hong Kong Retailer has to deal with an unsustainable amount of waste in such small area. Environmental Protection Department of the Hong Kong Government takes some measure to reduce the waste in the stores, supermarkets, convenient store, etc. Improving the market in Hong Kong. 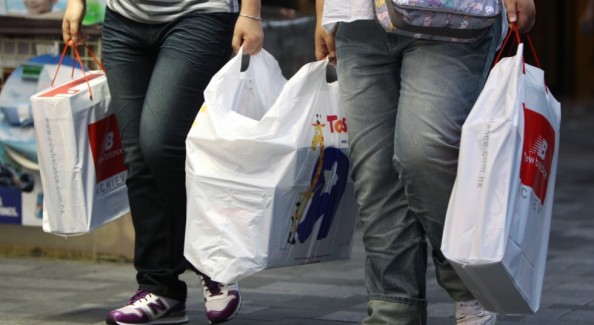 In 2013, Hong Kong generates over 5.5 million ton of solid waste annually due to, which represent over 18 000 ton a day. Hong Kong has a large daily domestic waste compared to other Asian cities with a similar level of development such as Tokyo, Seoul, Taipei. Indeed, Hong Kong daily domestic waste rates per capital are 1.36 kg, 0.77 kg for Tokyo, 0.95 kg for Seoul, 1kg for Taipei in 2013. Hong Kong aim is to reduce solid waste by 40% by 2022, with the Hong Kong: Blueprint for Sustainable use of resources 2013-2022 plan (The Action Blueprint), which was published in 2013. Through the action plans and joint effort of the entire community, the Blueprint targets to reduce Hong Kong’s per capita municipal solid waste disposal rate from 1.36 kg per day to 1 kg or below by 2017, and further down to 0.8 kg or below by 2022.

The “Environmental Levy Scheme on Plastic Shopping Bags”, which was launched in July 2009 as the first mandatory Producer Responsibility Schemes. It is to solve the problem of excessive plastic shopping bag use in most of the Hong Kong retailer stores, supermarkets, convenience stores etc. All retailers have to charge at least for 50 cents for a plastic bag from customers. Seems like works well, indeed, plastic bags disposed of at landfill had dropped by 25% from 5.2 billion in 2014 to 3.9 billion in 2015.

If in general, the scheme has been successful, there is still some store who do not charge plastic bags. For those who failed to charge the customer or offers rebate or discount to the customer have to pay a penalty of $2000. In addition, for repeated contraventions, the Environmental Protection Department may initial prosecution through criminal proceeding and the offender is liable on conviction to a maximum of $100 000 on the first occasion and $200 000 on each subsequent occasion.

Hong Kong is a developed city, the urbanization, habit and lifestyle influence the quantity of waste generated. For a better life for their citizen, the government set up the Action Blueprint, which as a whole is positive. The government still work hard in Social Mobilization to change citizen’s behavior and provide policies to reach their target “use less, waste less”.

To Know more about Hong Kong Retail Industry contact us at dx@daxueconsulting.com