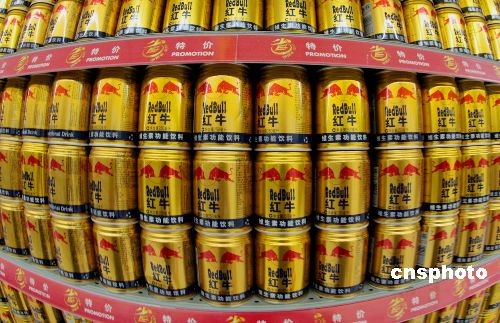 Canned and bottled energy and sports drinks are now sold everywhere in China from supermarkets, hypermarket, to convenience stores, grocery stores, bars, and nightclubs. They have been enjoying a surge of popularity nationwide among its major consumers such as gym goers, sports people, working classes and school students who prefer a boosting beverage in order to recover their energy and stay alive. One of varied energy drink brands in Energy drinks market in China is Glaceau Vitamin water. This brand is produced by  the world’s largest beverage maker, the multinational Coca-Cola, a product that is available in six flavors: Mega-c, Vital, Ignite, Multi-v, Restore and Triple-A and is generally priced at about 20 RMB for a 500 ml bottle. Unlike other energy drinks in Energy drinks market in China that usually contain caffeine in combination with other energy-enhancing ingredients such as taurine, herbal extracts, and B vitamins plus calories, Glaceau Vitaminwater is made with natural ingredients preserving their nutritional values and gets rid of artificial flavors and preservatives which make it a wider appeal to existing and potential consumers.

Another reason for energy and sports drinks to be well received and welcomed in China is that major market players took a good prediction and ride of China’s swiftly growing economy. Over the past decades, China’s industrialization and urbanization have been in the process, converting a large population to urban dwellers and economic growth has never stopped and soared up high and it is more developed into a market-based economy.  This is followed by the rising income and disposable income level and a constant improvement of living standards of Chinese people and has resulted in increased awareness of modernized lifestyle.

While the output of energy and sports drinks continues to expand and develop at a rapid pace, the Chinese government has also released national industrial policy to encourage energy drink industry in 2008. The direction of the development of high-tech products stimulated and attracted domestic investment in energy drinks industry. Therefore more and more investors are shifting their focus to the development of sports and energy drink and its demand is increasing.

Improved distribution infrastructure, growing consumer purchasing power and national policy support have led to the growth of sales of energy and sports drinks in Energy drinks market in China. According to statistics from market research consultants, energy drinks remained a strong sales growth. In 2009, China’s energy drink sales revenues reached 5 billion RMB, more than 45%-on-year increase. In 2013, the sports and energy drink market reached a 20 % increase, followed by an increase of 25 percent in 2014. Red Bull maintains its top one position in the market and is the primary driving force together with Wahaha on their entry into the energy drinks market industry through Qi energy drinks launched early in 2012. Jianlibao plays strong in second tier cities and is benefiting from the strong increased demand for sports drinks in China. The retail industry in China has developed rapidly, which are a real opportunity for the Food and Beverage industry, the sales of energy drinks are mainly done in hypermarket, supermarket, and online supermarket. Chinese people are doing more and more exercise, However, as a result of their lack of distribution network, it is not easy for Jianlibao to enter the first tier cities and occupy a share of the market. Leading brands are now coming back and starting to upsize, China remains a fertile ground for the beverage market and its energy drink segment. 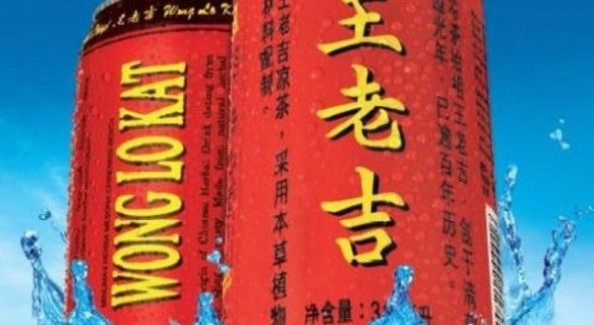 But now, as the increasing demand may exceed the sports drink offer, through growing awareness about health and fitness benefits, the Energy drinks market will have to show great adaptation. The growth trend of sports and energy drink market in China and requires product upgrading. In particular, as the young population at the age of 25-35 years is the target customer for energy and sports drinks, the brands should match their new expectation for upgrading offer. The rise in their disposable incomes will lead them to expect more from the drink makers, not only low-calorie, high nutrition, functional features but also natural and fashionable drink products. Energy drinks like Red bull, for example, is very popular in the market, yet each can (250 ml) contains 80 mg of caffeine which amounts to two cups of coffee or a cup of tea. Other brands of energy drinks contain several times this amount without displaying the presence of caffeine. It is not scientifically proved true but energy drinks may have side effects on developing student groups and other minors in the long run.

Sports and energy drinks in China will tend to be more competitive in energy drinks market in China. For those brands Products such as Red Bull, Pocari Sweat, Lipovitan as well as Gatorade who have established their image and extensive distribution network for a long time, they will continue to expand and profit based on increasing energy drinks demand. Meanwhile, they will tend to invest more capital and energy on distribution penetration and marketing campaigns and research and development of energy and sports drinks made of natural ingredients while preserving their nutritional values to fit requirements from the high-end market consumers. For other domestic players who are ready to enter into sports and energy drinks industry, they will much focus on second- and third-tier cities and enhance their distribution channels. The growing personal disposable income, changing lifestyles and increasing consumer spending on food and beverages will drive the energy and sports drink market in China in a nearly future.

To Know more about Energy Drinks Market in China contact us at dx@daxueconsulting.com