BYD Brand and Strategy: Development in Electric Cars in China

China is not an automobile power. However, in Chinese car market where is full of powerful foreign car brands, BYD, a domestic automobile brand, insists on developing new energy cars to gain market shares. In this article, it will further explore the development of BYD in electric cars in China. 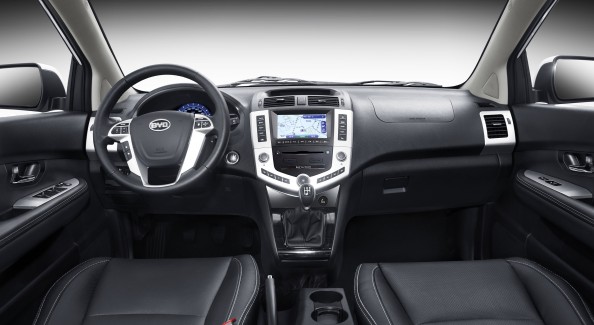 BYD was a battery producing company, how can it develop so fast to be one of the top Chinese domestic automobile brands? The answer is complicated.

The car producing of BYD only has a decade history. Since BYD transformed from battery production to automobile manufacturer, CEO Wang Chuanfu had predicted the potential of electric cars in China and insisted on developing new energy cars all these years. Understanding the severe competitions in the electric cars in China industry, it formulated 5-years developing a policy about increasing sales volume step by step. In 2008, only BYD met the fixed sales volume of the whole industry with the background of the financial crisis. From 2006 to 2010, it was the fastest development stage for BYD. The number of dealers increased from 500 to 1200 and the output increased to 0.76 million in 2010 compared to 0.435 million output in 2009. However, the company had to face problems such as lack of management experience and unsustainable research ability, due to its rapid expansion. Overreliance on F3 model, vicious among dealers, and labor-intensive producing pattern limit the development of BYD. Then, Wang Chuanfu immediately changed the strategy by decreasing the sales target and capital expense but focusing on production quality. However, this strategy did not make an effect. After 2 years  organization internal shock, BYD finally finished the organization optimization. In 2012, it published “4-year or 0.1 billion kilometers” free after-sales service policy, which makes the company return to the industry-leading position. In 2014 and 2015, BYD transformed the attention on new energy cars and established several policies. According to the disclosed BYD financial report, its net profit increased by 551.7% in 2015.

The current success cannot satisfy the ambition of BYD. It then developed a new strategy named “7+4” targeted for whole energy car market. “7” stands for normal fields including private car, public transportation, taxi, road transport, city commodity and construction transport, and sanitation vehicles, whereas “4” represents for special vehicles using in storage, mine, airport, and port. BYD hopes to apply electronic cars in these fields. BYD has gained some success. For example, in traditional areas, Tang and Song are hybrid electronic cars for greener private trip. K6 to K10 series bus are now applied in public transportation while E5 and E6 are typical taxi models. In other areas, BYD is developing different products. This operation pattern helps BYD to become the largest new energy car seller worldwide in 2015, which dominated 11% market share globally.

The success of BYD is inspiring, especially in electronic and hybrid cars field. However, the fast develop speed contains some potential problems. In February 2016, a BYD Qin driver was trapped in the car and was burned to die. The main reason of this accident is because the safety belt abnormally fastened. Meanwhile, in April 2016, Mr. Wang was almost trapped in his new BYD Tang car for the same reason. These accidents raised many suspects on the internet. People doubt for the safety of the cars and caused a panic of BYD owners, while BYD company did not directly respond these accidents. However, in another BYD Tang and Volkswagen Lavida strike accident, since BYD did not suffer big problems, BYD company in turn public its high quality. In contrast, not many people convinced by this claim but criticize the immoral “accident marketing” behavior. Apart from the quality problem, BYD got into dealer suicide scandal. A BYD’s dealer committed suicide in this March and exposed the reality that the company cheated the government to gain subsidies over 10 billion RMB. Until now, this scandal is still under the investigation but it completely ruined the brand reputation. These scandals may be the biggest crisis for BYD to overcome. Whether the company will successfully handle this crisis is uncertain. In addition, many other industry companies, such as Gree and Alibaba, tend to produce electronic and hybrid cars with the cooperation of local electronic brands. The foreign famous electronic car brand Tesla is another major competitor. How will BYD retain the advantages in the more severe competition is hard to predict.

The story of BYD brand development is so inspiring and meaningful for Chinese domestic automobile industry. It finally became the Chinese electronic and hybrid automobile manufacturer after 10 years of explorations. However, some scandals are the restriction of the further development. BYD should not focus on the past success but really looking at the weakness and using a more powerful to face the future competition.

To Know more about Electric Cars in China contact us at dx@daxueconsulting.com